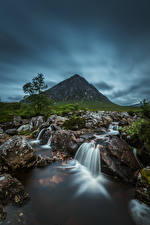 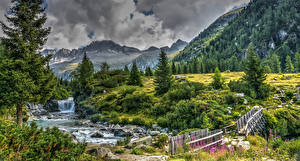 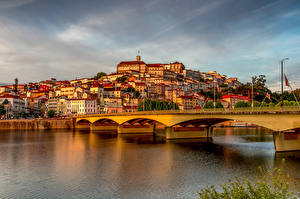 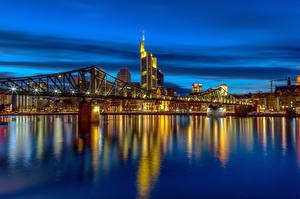 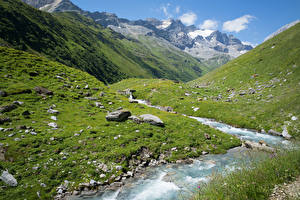 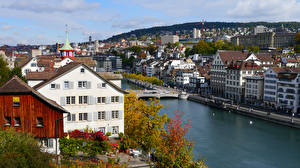 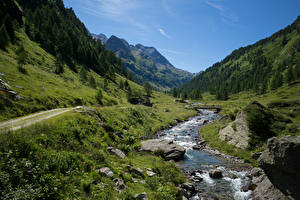 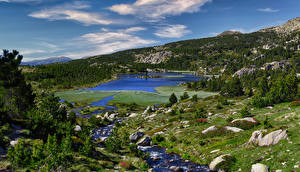 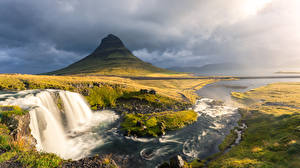 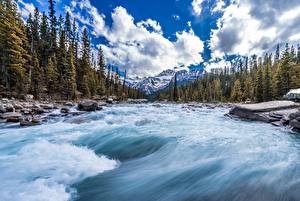 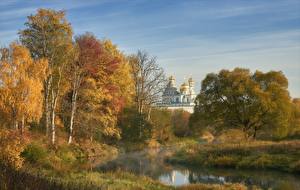 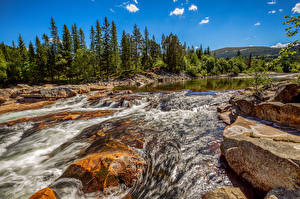 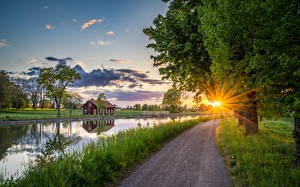 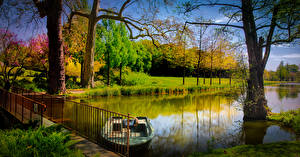 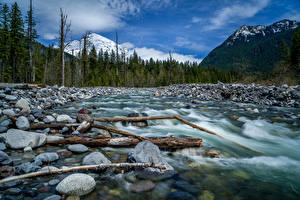 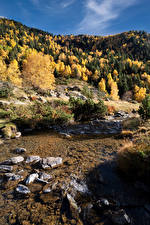 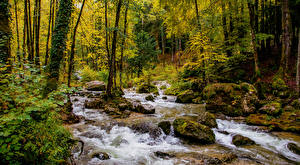 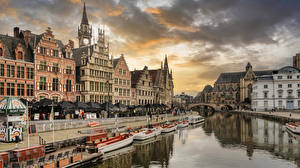 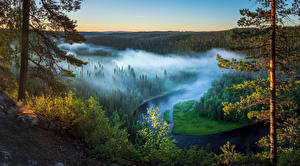 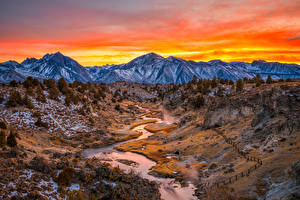 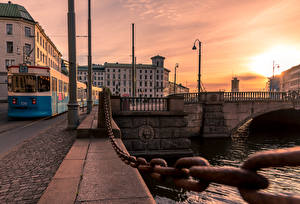 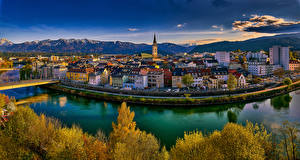 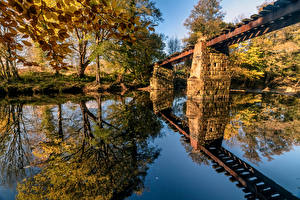 England, River, Bridge, Grosmont, Reflected, Trees, Nature
611372 | 2022-05-04
2560 x 1707 | 2786 Kb | 1|0|622
A river is a natural flowing watercourse, usually freshwater, flowing towards an ocean, sea, lake or another river. In some cases a river flows into the ground and becomes dry at the end of its course without reaching another body of water. Small rivers can be referred to using names such as stream, creek, brook, rivulet, and rill. There are no official definitions for the generic term river as applied to geographic features,[1] although in some countries or communities a stream is defined by its size. Many names for small rivers are specific to geographic location; examples are "run" in some parts of the United States, "burn" in Scotland and northeast England, and "beck" in northern England. Sometimes a river is defined as being larger than a creek, but not always: the language is vague.
Rivers are part of the hydrological cycle. Water generally collects in a river from precipitation through a drainage basin from surface runoff and other sources such as groundwater recharge, springs, and the release of stored water in natural ice and snowpacks (e.g. from glaciers). Potamology is the scientific study of rivers while limnology is the study of inland waters in general. 2017-05-21
See the Wikipedia page for more information.