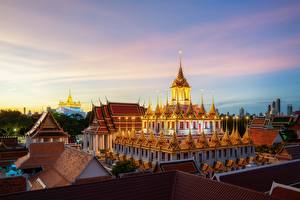 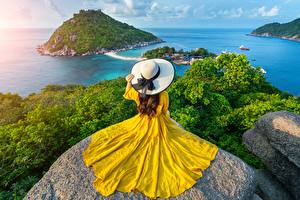 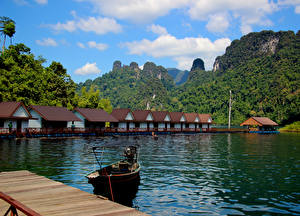 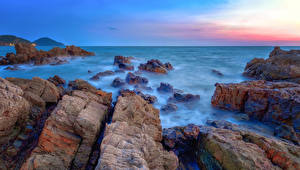 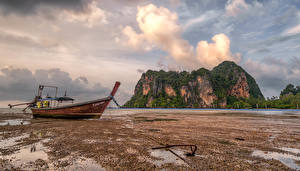 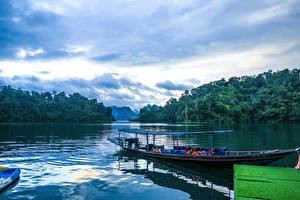 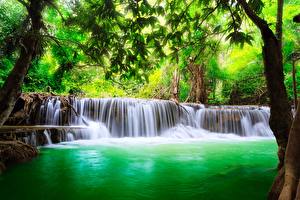 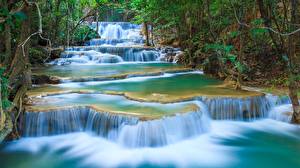 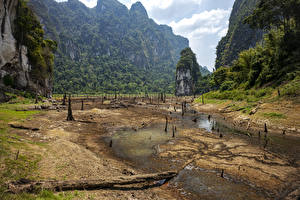 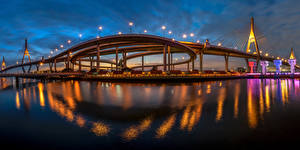 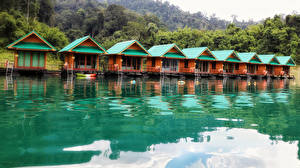 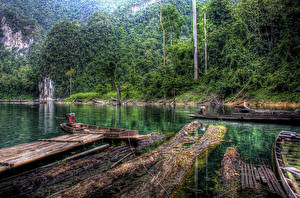 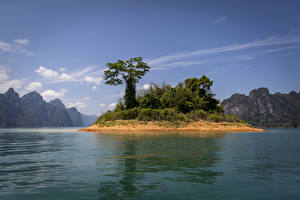 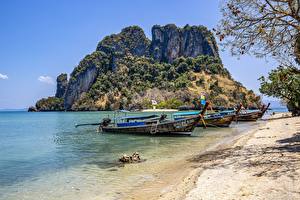 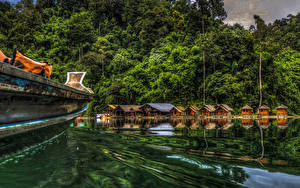 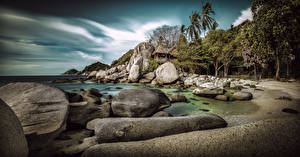 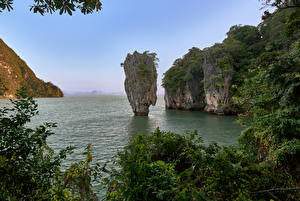 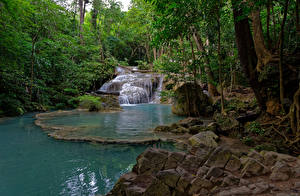 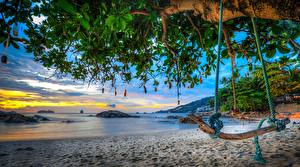 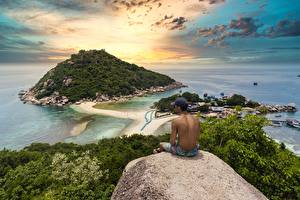 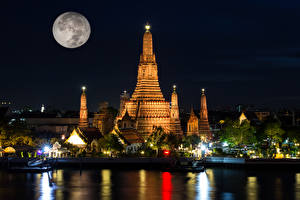 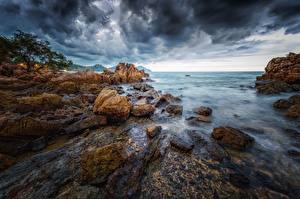 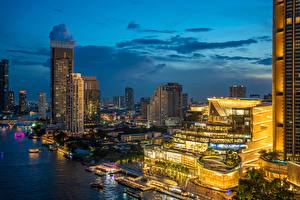 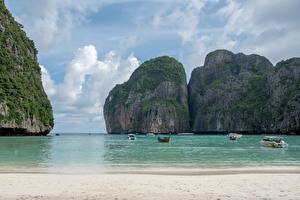 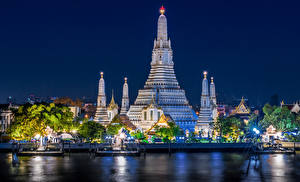 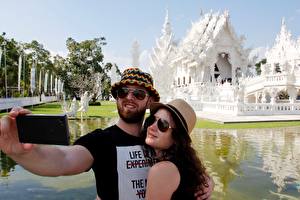 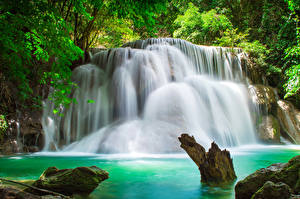 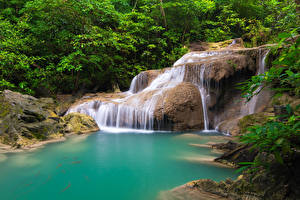 Tropics, Parks, Waterfalls, Trees, Cliff, Nature
564446 | 2019-06-14
5000 x 3337 | 9300.3 Kb
Downloads: 0|0|2293
Thailand, officially the Kingdom of Thailand and formerly known as Siam, is a country at the centre of the Indochinese peninsula in Southeast Asia. With a total area of approximately 513,000 km2 (198,000 sq mi), Thailand is the world's 50th-largest country. It is the 20th-most-populous country in the world, with around 69 million people.
Thailand is a constitutional monarchy and has switched between parliamentary democracy and military junta for decades, the latest coup being in May 2014 by the National Council for Peace and Order. Its capital and most populous city is Bangkok. It is bordered to the north by Myanmar and Laos, to the east by Laos and Cambodia, to the south by the Gulf of Thailand and Malaysia, and to the west by the Andaman Sea and the southern extremity of Myanmar. Its maritime boundaries include Vietnam in the Gulf of Thailand to the southeast, and Indonesia and India on the Andaman Sea to the southwest.
The Thai economy is the world's 20th largest by GDP at PPP and the 27th largest by nominal GDP. It became a newly industrialised country and a major exporter in the 1990s. Manufacturing, agriculture, and tourism are leading sectors of the economy. 2017-09-30
See the Wikipedia page for more information.